Foodstuffs can lend themselves to fun.

Jillian and I headed to our local Safeway on the way home from work today, in order to pick up all the things we forgot to buy on our trip to Superstore on Monday.

It never fails.  Despite both of us taking household organization to a level the Third Reich would envy, and even with both of us keeping individual lists of groceries, we still manage to forget 25% of the things we went to the store to buy in the first place.

In our case, it's not such an ordeal.  Most of the things we went to buy are highly perishable goods (such as organic produce),  which we really should be buying the day we intend to use it.

While we were at the store, I thought about what I'd like for the rest of the week's lunches.  I still had some back bacon left from Monday's excursion, a few tomatoes too, so I thought "Why not have BLTs for the next couple of days?"

I bought some nice French bread and some cheese to accompany, and set about making my own BLT...

I laughed out loud when I realized the acronym BLT would need to be changed...

God help me, I've just made an LGBT Sandwich!!

Taste the Rainbow, indeed!
Posted by Shaun M Wheeler at 18:33 No comments:

Looks like the date and time are set for the New Winnipeg Final Hurrah.

Gabriel/Munchkinguy has informed us that it'll be held at the downtown Tavern United, this Saturday between 1-4pm.

Hope to see y'all there.

Posted by Shaun M Wheeler at 09:03 No comments:

The Feverish Fixing of Nadia, and Fun with Bluetooth 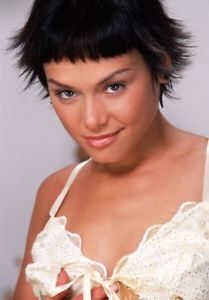 
Apart from keeping Nadia operational, my only challenge is keeping her useful in the daily-changing world of computers and the web.  She works quite well, and I've only encountered a handful of problems using her on the "modern web".

Nadia runs Mac OS X 10.3.9, the last version supported without resorting to third-party installers like xpostfacto.  This unfortunately limits me to running older versions of Firefox or its derivatives, or older versions of Safari, both of which have trouble rendering certain web pages.  Facebook and Twitter are almost unuseable under these older browsers, but I have since discovered that the mobile versions of these sites work quite well... in fact, they work quite well on many of my older machines, even my ancient Powerbook 5300 running Netscape 4.8!

Another problem was slow loading of ad-laden webpages, but that was easily solved by using an ad-blocker plug-in for Firefox.

So, I was sitting in the living room yesterday morning, browsing eBay for some Lombard-compatible accessories... specifically a USB 1.1 Bluetooth adapter that I could use to sync Nadia to my Treo 650 smartphone.  To my chagrin, there wasn't much available that would be supported under 10.3.9.  I had a Belkin Bluetooth adapter from a previous laptop (the ill-fated iBludgeon) that I thought I might use, but Belkin's website stated that this particular model required OS X 10.4x and up.

After an hour of searching eBay and other Mac retailers online, I gave up.  Looking at the Belkin adapter on my desk, I said "Fuck it!" and plugged it into Nadia.

Nadia's hard drive churned... and the Bluetooth icon appeared onscreen. Hmmm... I went into Bluetooth Preferences, checked for nearby devices, and it found my smartphone sitting across the room.  Holy shit, it worked!

I spent the next hour poring over old Palm and Mac forum posts about syncing my Treo to a Mac running 10.3.9, and was rewarded with the ability to hotsync my phone to Nadia, exchange files (incl. MP3s) over Bluetooth, and even learned how to use my Treo as a (slllooowwww) wireless internet connection for my Mac.

Why not?  I plugged it into Nadia, and it was immediately recognized natively as an Airport Extreme card... which allowed for a faster connection (in laymans' terms).

Also managed to locate Mac drivers so I could use Jill's HP printer/scanner/fax, but I'm getting bored so I'll move onto the fun part of the story.

So now I've been bitten by the blue-tail fly.  Much like a kid with a new toy, I was keen to see what else I could do, what sort of mischief awaited a mischievious guy such as myself when armed with newfound knowledge and a Bluetooth-enabled smartphone.

Truth told, not much... at first.  When Jill and I went out for breakfast & shopping, I was able to detect the cellphones and smartphones of people in the immediate vicinity.  Most had their phones secured, but there were a couple of people who still had the default Bluetooth password set (which is "0000", btw).  Wasn't able to do much poking around due to the dynamics involved in snooping while standing in line at Starbucks (it does look rather suspicious)... but I imagine I wouldn't be able to do much anyways, as most actions would have to be verified and accepted by the owner of the "target" phone.

Of course, I could research specific models of phones (like the LG520, which popped up a lot) for default passwords and security holes, but that sounds like it would require more effort than I'd care to expend on a once-in-a-blue-moon prank.  Figuring it'd be more trouble than it was worth, I all but gave up on Bluetooth-related fun.

Well, the universe is a funny place.  Jill and I headed home from our excursion, only to be held up by the 1pm northbound train on McGregor St. that passes through the neighbourhood each and every fucking Sunday.  Having nothing better to do whilst caught in traffic, I whipped out my phone and did a quick Bluetooth scan.

Didn't find anything on the first try, but the second scan yielded a handfree car kit...
Just for the proverbial shits & giggles, I tried to "pair" my Treo to the other car's handsfree.  Sure enough, the Treo prompted me for the device's password... I entered "0000" and was connected!
Hmmmm...

I knew I'd only be able to make a one-sided phone call at best, unless I wanted to shout into the other guy's car.  So, I dialled the one number I knew that wouldn't require voice communication.  Soon after, the number answered... the car's stereo muted, and over the car's speakers I heard:

Guy in car: What the fuck?!

You have entered stop number 30215, Southbound McGregor at Belmont.  For current times, press or say "One".

Guy in car: (desperately fumbles with his phone) WHAT THE FUCK?!

Here are your schedules for today.  Route 17, McGregor.  First bus is at 1:01PM to Misericordia Health Center, Second bus is at...

At this point, my fellow motorist is a bit stressed.  He resorts to turning off his car completely to fix the problem.  Rather than risk his ire, I hang up my phone and turn Bluetooth off.

Figuring that was enough OBEXploitation fun for one day, I put the phone back in its holster, and the train passed soon after... traffic resumed.

I have resolved to learn more about Bluetooth and exploiting OBEX... seems to have so many more practical applications/prank potential than simple WIFI sniffing...

(This story may or may not be entirely hypothetical.)
Posted by Shaun M Wheeler at 14:04 No comments: