Subscription Box Of The Month Club

I really have to stop educating the young 'uns.

We were bantering as usual, and someone brought up this new Subscription Box they'd, er, subscribed to.  Everyone gushed how it was such a cool, novel, innovative new idea.  Imagine, choosing a theme and getting random crap delivered to your home every month!  Imported and specially curated crap from around the world!

Being a bit of a jerk, and thus the (self-)designated bubble-burster, I told the assembled company that the "Subscription Box" was not a new idea.  Back when I was a kid in the late 70s/early 80s, we called them "of the Month Clubs", and it was an old idea even then.  The venerable Book of the Month Club, for example, began in 1926.  There may be older of the Month clubs, however I can't be bothered to research any further than I have... I'm a jerk, not an anti-vaxxer.

I never joined the Book of the Month club myself, although I was a member of Columbia House for a few years, and received music cassettes (and later, CDs) in the mail every month.  It was a positive experience for the most part, and I was exposed to music I wouldn't have otherwise heard... especially when I forgot to mail in my reply card to opt out of their curated monthly selection in favour of another tape or CD I did want... 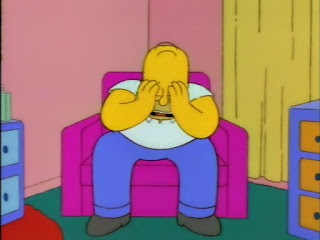 The first nine were only a penny, then they jacked up the price!

So, anyway, once the bubble was burst and they learned how often ideas and concepts are revived and given gritty reboots (how many fucking Batman or Spider-man movies do we need?!), I figured my job was done and smugly went back to my office to watch Russian car accidents on Youtube.

Speaking of revivals and reboots, I'm not the first to riff on this concept.  Mad Magazine poked fun at of the Month Clubs way back in 1958, in Issue #40, an article I remember well from my collection of Mad paperbacks.

I could go on but, mercifully, I won't.  I have to finish queueing up the Musical Interludes for the rest of the year, then get back to work planning our GURPS Action: Autoduel! test session this weekend.

CJ's Note:  The preceding post was a revival in and of itself, a throwback to my old personality and posting style.  Don't worry, it's not going to stick around.  Just needed to have a little fun.

Top Ten Posts (One of which is hidden)

Shaun M Wheeler
48 year-old blogger, fediverse participant, and Usenet dweller. Known since 1997 as Conceited Jerk, Dove Grace, and Sparc IPX. I like commas, ellipses, and heavy use of bold and italics.